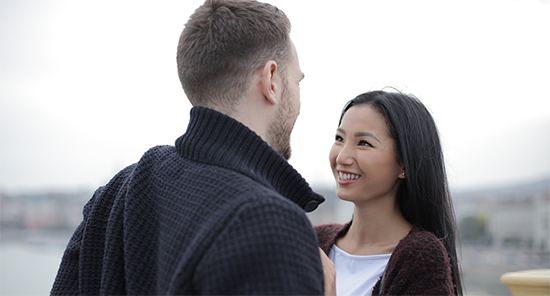 Some years ago I met an American guy at Narita, Japan airport. He asked me “can you introduce me a woman in Vietnam?” which I was surprised. We were on same plane to go to Tan Son Nhat’s airport. So I replied, “Why a Vietnamese woman, but not Chinese or Thai woman?”. He said he had a wine business at the 1st district in Saigon (Ho Chi Minh) city and he traveled back and forth a few times a year. He love Vietnamese culture and the Vietnamese woman but he didn’t know how to get a woman in this country. So he asked me to connect him a wife in Vietnam.

He seems to be a nice guy. He is tall and cool. He said he was not looking for a mistress in Vietnam because he divorced a few years ago. He had two grown children in California. By the way he talked to me, I think he is a good gentleman. I told him I didn’t run a marriage broker but I’ve been running a Vietnamese dating site vietsingle.us that I could help him connect to a right lady. There are thousands of Vietnamese immigrants to the US, Canada or Australia use this online dating service to find new friends, pen pals, love and a relationship.

He was happy about that. He asked me how to join and search for single women on this website. After hearing me list the steps to join and search, he posted a personal profile and uploaded some of his recent photos right away from the Airport. Manz, he was quick and really need a Vietnamese girlfriend.

When we were on the airplane, we were sitting next to each other after switching with two passengers. We chatted about Vietnam culture, society, religion and certainly, Vietnamese ladies. After about 7 hours passed by we arrived at Tan Son Nhat’s Airport, we were waiting outside for a taxi driver. He checked his profile that signed up seven hours ago, he was joyful by receiving a few messages from single ladies who live in Saigon and Ha Noi of Vietnam. We exchanged our Viber numbers and said good-bye.

After two weeks, he called me and we met at a bar in District 1, Ho Chi Minh city. He told me he has been chatting with two Vietnamese women in this city and he was thinking about choosing the best one. He asked for my advice to help him select the best woman amongst the two he’s chatting now. I told him “You must see her in person and meet her family, both of them, then choose the one who perfectly matches you. He also asked me about how to get points when meeting their family. This is a long answer so I kept talking with details below because it relates to Vietnamese culture and traditional custom values.

You Met a Vietnamese Woman, It Is Time To Meet Her Family

There are thousands of men in the West who have been scammed or being scammed by women in Vietnam, especially Vietnamese Americans, Australians, Canadians and so on. They are scammed by several situations and ways.

Some guys told me that they were scammed by Vietnamese women who kept digging the money after they met each other and/or they came to the new country. Others said that these ladies filed divorce after they get a green card in the new country. And, there are many other ways.

I personally blame on both Vietnamese women and men in the West too. However, the ratio of men who are scammed is so rare compared to the successful couples. Every year, there are more than 5,000 marriage visas of Vietnamese wives come to Western countries. Within this 5,000 women, I think there are less than 500 (or 10 percent) of men being scammed. Here are some reasons behind this.

If you are a 58-year old man who married a 25-year old girl, then this is a fool. I guarantee you will be scammed by her soon or later, either by digging your money or leave you for another man. 33 years older is a big difference. This happens a lot lately. Old buffalos prefer to eat “baby” grass. However, to get a serious and long term wife, you must find a compatible one.

Many overseas men lied about their background, career, education and so on. That’s right. Vietnamese women complained about what their husbands told them before marriage and what they see and know today. Some men don’t tell the truth about themselves with their wife. When these Vietnamese ladies come to the West, they are disappointed.

So, I hope this short article bring up some points for both Vietnamese women and overseas men. Being honest is the best policy. To avoid being scammed by others, you must not scam others first.
There are more than 5,000 successful marriages about Vietnamese women with overseas men every year. They either met each other through friends and family’s introduction or by the internet Vietnamese dating sites. Why are you being scammed?

The dating scene with Vietnamese girls is different from what you expect. Trust me on this. Whether you met her at club, social parks, markets or even at online dating sites, you have to learn some tricks when meeting her family. You know what? It is extremely important that you know these tips before you meet them. It does not matter you are an Asian, Hispanic, Black or White man, dating Vietnamese women is different from your own race. You have to learn these tricks.

Do homework before you meet her family

Her Parents Make You Eat Some Food With Fish Sauce

If you have never tried fish sauce then you will throw up immediately. Some Vietnamese popular food is spring roll, egg roll, fried noodle, sour soup, you must eat dip them with fish sauce. Anyway, I am not trying to scare you. Learning how to do it is a first step to meet her parents.

Her Parents Ask You What Your Plan Is About Marrying Her

You will be embarrassed about this question. Yes, you will. Don’t say things like “You don’t have to worry about this. This is between her and I”. This is the stupid answer so don’t ever say that. Vietnamese parents usually worry about their parents in detailed so they may interfere in detailed about that topic too.

It does not matter how long she lives in the West like US or Canada, she is submissive. I don’t care what you think about submissive Vietnamese ladies. If you are dating her, then accept it the way it is. Her father may ask you about your wedding plan with his daughter. As you know that Vietnamese women don’t talk about that with their boyfriends. You, the man, have to open it up.

Generally speaking, you must be rated high from her parents. Well, that’s a good thing to make her parents and her siblings like you. You don’t have to show off your rich materials to her family. Don’t do that. Be the man, the good man for her and prove that to her family.

After he met their family, he married one woman who matches him perfectly.

I wish him luck! 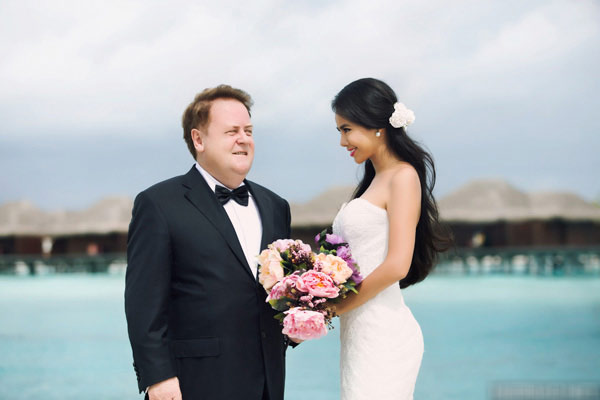 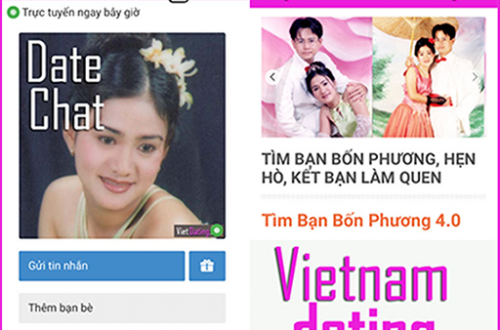