If many Vietnamese men living in the United States, Australia, Canada and so on wishing to return to Vietnam to marry for many reasons, there are also many girls accept to marry “Viet Kieu” with different dreams.

In this reason, there is something for love, in the hope that a change life because you want the opportunity to earn more money to satisfy material needs in the West. But if you live and work in Vietnam, it can not be done. There is rarely an opportunity to change your life from poor to wealthy. In the West, yes, you can.

In fact, the path to marry Vietkieu is not easy for most people. One still said that those Vietnamese women who married Viet Kieu and current live in the West are “lucky” or “win the lottery”.

Do you know that there are more than 5,000 Vietnamese ladies who married with Vietnamese men in US, Canada, Australia, France, Italy, German, UK, and so on?

They are lucky. They have a chance to come to the West to live in the rich countries. They enjoy the gender freedom where women are considered the first priority. Getting married abroad is not an easy task. You must deal with dreams and reality.

Single women in Viet Nam want to get the foreign husband because they wanted a better life, a good education and bright future for their children later on. Another reason is that they want to be respected and treated with a good manner. Some ladies in Vietnam are treated badly. It happens a lot in this country. Some husbands beat their wife and treat their wife as a sex slave for years. Nowadays, many of these Vietnamese ladies can’t stand on the heat so they filed a divorce. They are seeking for a husband overseas.

Vietnamese girls marry with foreign men is because the image of their oversea relatives bring. Every year, thousands of Viet Kieu come back to Vietnam to visit their family, relatives and friends. The image of these Vietnamese people attract local people in many ways, the way they speak, spend money, treat other people, etc. Most of these Vietnamese men who live in the West for long treat others with more respects. They are responsible, not deliberately trying to “control” their wife. Between husband and wife, there is a mutual respect. They both share things and errands at home. The husband can go to market and take care of children at home. So, many local Vietnamese men back home don’t do such things.

How about the lifestyle in the West?

Everyone can work and buy a car in two months, which costs about $3,000 in U.S. In Vietnam, the poor people can’t afford to buy a car in their lifetime. In America, when you work in a Nail Salon, you can earn from $2,500 to $4,000 a month. So, you can buy a used car for $3,000 within two months. So, Vietnamese women seeking foreign men so that they can come to the West because of mostly material needs.

Viet Kieu is defined as Vietnamese men who live in the Western nations like USA, Canada, Australia, Italy, France or others. Every year, there are thousands of Vietkieu come to Viet Nam and get married with Vietnamese girls in their home country. They sponsor these Vietnam brides to the West and live with each other. Some marriages got broke up after a few years while some were happy. The question is, should Viet Kieu marry city girls who live in Saigon, Ho Chi Minh, Hanoi, Hai Phong or in countryside area? This is a hard question to answer. Each Vietnamese guy has different concept about what type of woman he likes. I will tell you which girl you should marry that she does not leave you after she comes to the West.

Don’t marry with girls in single clubs or bars. You can go there to have fun. You can get one or two nights stand. However, it does not matter if she is so beautiful or sexy, do not think about marrying her. As you know, there are many single Viet ladies at such places want to come to the West so they can make you happy and feel sympathy to get married with them. Be strong, just have fun, nothing else. I don’t want to say all of them are bad but you should cover your ass. Don’t take that risk.

Don’t marry with a Vietnamese lady who is younger than you 20 or 30 years old. Every man wants young girls, no doubt about that. Again, you can have fun with such a young girl at clubs or bars but not to marry her. Statistics showed that 90% of such marriages broke up in America, sooner or later. You can get married with a Viet girl who is less than 10 years old. This is fine.

Back to our article, should you marry city or countryside girl in Viet Nam? I will say it is the same. In terms of loyalty, honesty, faithfulness, they are the same. What I recommend is to find her on the Vietnamese dating services. You can read her personal profile and match with your interests and likes. You can contact as many girls as you want and choose the best one. Just register for a profile and get started. Again, Vietnamese Dating Site is the solution to meet a bride in Vietnam. 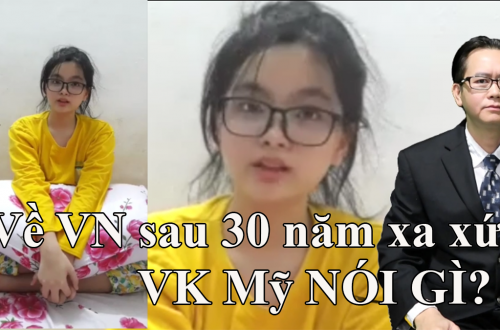